Though in my heart no Christmas glee,
Though my song-bird be dumb,
Jesus, it is enough for me
That thou art come.

What though the loved be scattered far,
Few at the board appear,
In thee, O Lord, they gathered are,
And thou art here.

And if our hearts be low with lack,
They are not therefore numb;
Not always will thy day come back–
Thyself will come! 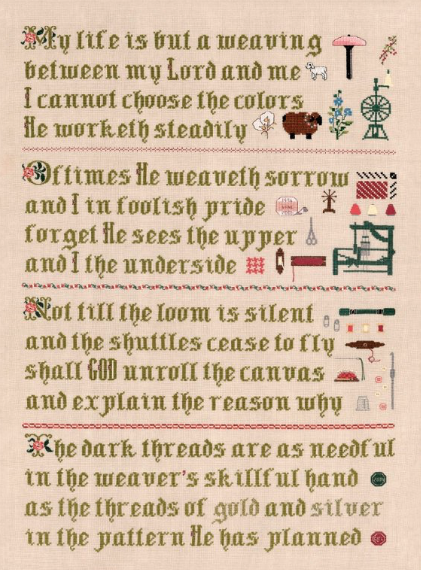 This has been attributed to several people, including Corrie ten Boom. 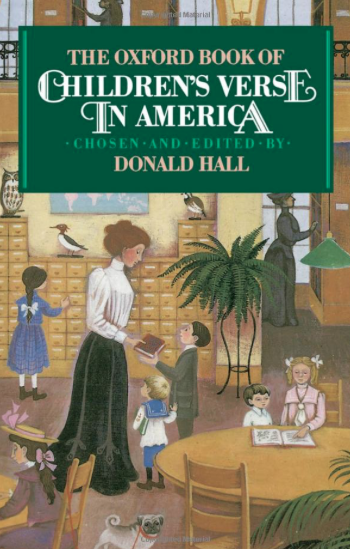 I’ve been wandering through a library book, The Oxford Book of Children’s Verse in America, and came across this little poem by Richard Wilbur (1921-2017):

What is the opposite of riot?
It’s lots of people keeping quiet.
The opposite of doughnut?  Wait
A minute while I meditate.
This isn’t easy.  Ah, I’ve found it!
A cookie with a hole around it.
What is the opposite of two?
A lonely me, a lonely you.
The opposite of a cloud could be
A white reflection in the sea,
Or, a huge blueness in the air,
Caused by a cloud’s not being there.
The opposite of opposite?
That’s much too difficult.  I quit.
Wikipedia says this about the author:
Richard Purdy Wilbur was an American poet and literary translator. One of the foremost poets of his generation, Wilbur’s work, composed primarily in traditional forms, was marked by its wit, charm, and gentlemanly elegance.
With very little effort I found some of Wilbur’s poetry on-line.  I like this one:
Parable
I read how Quixote in his random ride
Came to a crossing once, and lest he lose
The purity of chance, would not decide
Whither to fare, but wished his horse to choose.
For glory lay wherever turned the fable.
His head was light with pride, his horse’s shoes
Were heavy, and he headed for the stable.
Audio of Wilbur reading “Love Calls Us to the Things of This World.” 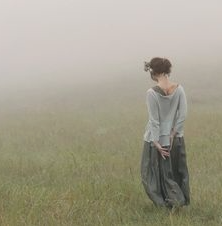 …That interior space, where the self germinates, must be respected as we would respect a shrine. All that is worthy in us, and all that is vulgar and destructive, begins there.

In his wonderful essay about The Tempest (1907), Henry James writes:

“It is true of the poet in general—in nine examples out of ten—that his life is mainly inward, that its events and revolutions are his great impressions and deep vibrations, and that his ‘personality’ is all pictured in the publication of his verse.”
Something similar is true of non-poets. Great revolutions and hurricanes happen all the time, unseen and unsaid. Poets and novelists would be out of business without “what we conceal.” Listen to Gioia reading “Unsaid.”
Reminded me of this:
Above all else, guard your heart,
for everything you do flows from it. Proverbs 4:23 (NIV)

Watch him when he opens
his bulging words — justice,
fraternity, freedom, internationalism, peace,
peace, peace.  Make it your custom
to pay no heed
to his frank look, his visas, his stamps
and signatures.  Make it
your duty to spread out their contents
in a clear light.

Nobody with such luggage
has nothing to declare.

The poem was written in June of 1964.  Fifty-odd years later, the “bulging words” are the same or similar.  The smugglers have changed.

What does it mean?  Tired, angry, and ill at ease,
No man, woman, or child alive could please
Me now.  And yet I almost dare to laugh
Because I sit and frame an epitaph —
‘Here lies all that no one loved of him
And that loved no one.’  Then in a trice that whim
Has wearied.  But, though I am like a river
At fall of evening while it seems that never
Has the sun lighted it or warmed it, while
Cross breezes cut the surface to a file,
This heart, some fraction of me, happily
Floats through the window even now to a tree
Down in the misting, dim-lit, quiet vale,
Not like a pewit that returns to wail
For something it has lost, but like a dove
That slants unswerving to its home and love.
There I find my rest, and through the dusk air
Flies what yet lives in me.  Beauty is there.

Today I found this poem on a blog I frequent.  The writer talks about not just beauty, but also how the meaning has changed over the years.  He says:

….but there was a time when “beauty” was a philosophical or a metaphysical concept, not merely an empty word from the worlds of advertising, movies, television, and music.  For example, early in his life, before he began his political career, Edmund Burke wrote A Philosophical Enquiry into the Origin of Our Ideas of the Sublime and Beautiful.  (“Sublime”: another word that has lost all meaning in our time.)

I enjoyed it all, although I’m not sure I understood it all.  You can read it in its entirety  here.

the village in the Welsh hills
dust free
with no road out
but the one you came in by.

A bird chimes
from a green tree
the hour that is no hour
you know.  The river dawdles
to hold a mirror for you
where you may see yourself
as you are, a traveller
with the moon’s halo
above him, who has arrived
after long journeying where he
began, catching this
one truth by surprise
that there is everything to look forward to.

Thanks to Stephen Pentz.

Into the Liquid Light
Create a free website or blog at WordPress.com.